How can we design the metropolis of the future?

In view of the 100th anniversary of (Greater) Berlin, the Architects and Engineers Association of Berlin-Brandenburg e.V. in partnership with other civil society initiatives has launched an open, two-phase “International Urban Design Ideas Competition Berlin-Brandenburg 2070” in 2019. The competition is looking for urban visions for the future of the capital region Berlin-Brandenburg, which are based on the model of the “settlement star” of the Joint State Planning. The aim of the ideas competition is not a completely different, new metropolitan region, but – building on its special features, strengths and weaknesses – the sustainable further development of the traditional urban development potential and the overcoming of existing weaknesses.

Second Phase of the Competition

Growing Together – Landscape and City

Archipelago Lab: An Atlas of Urban Islands for Berlin

Second Phase of the Competition 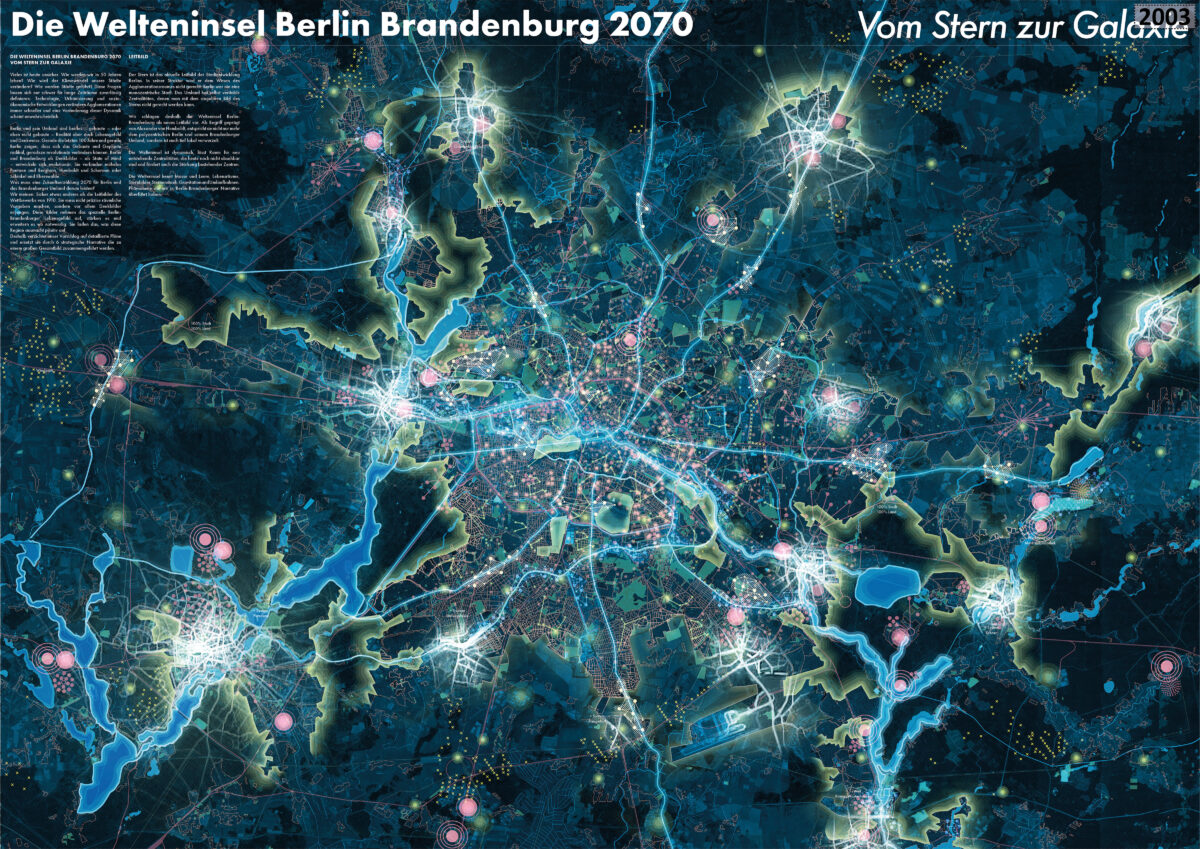 The World Island of Berlin Brandenburg 2070: From Star to Galaxy 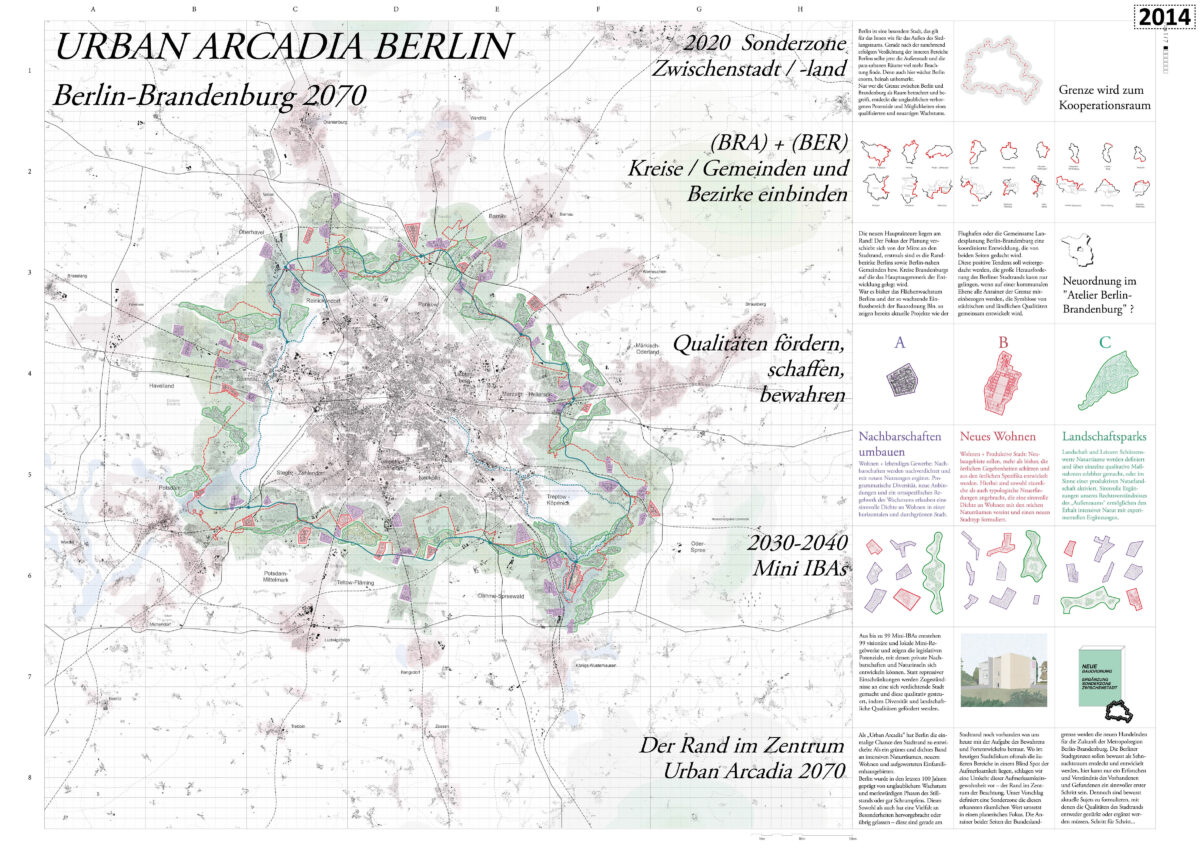 Urban Arcadia – the Border Area as a Special Zone 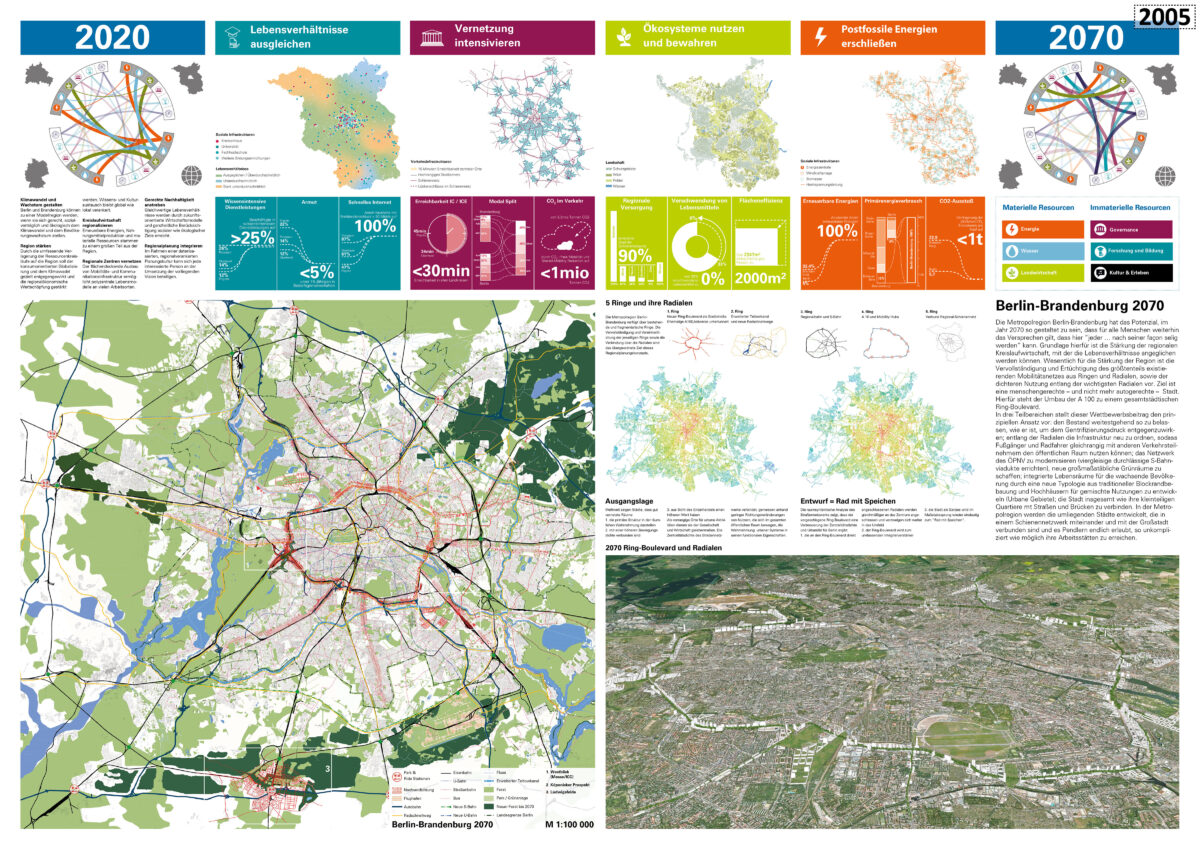 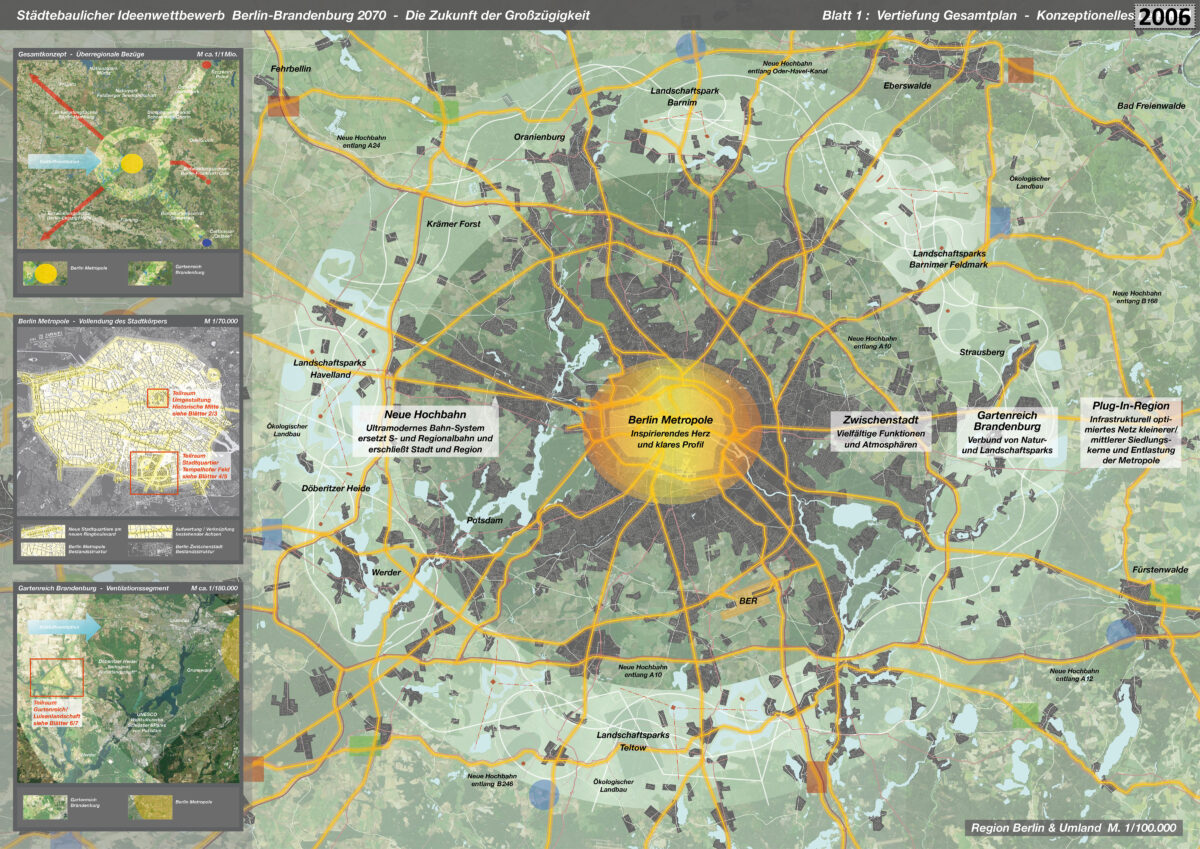 Berlin-Brandenburg 2070 – The Future of Generosity 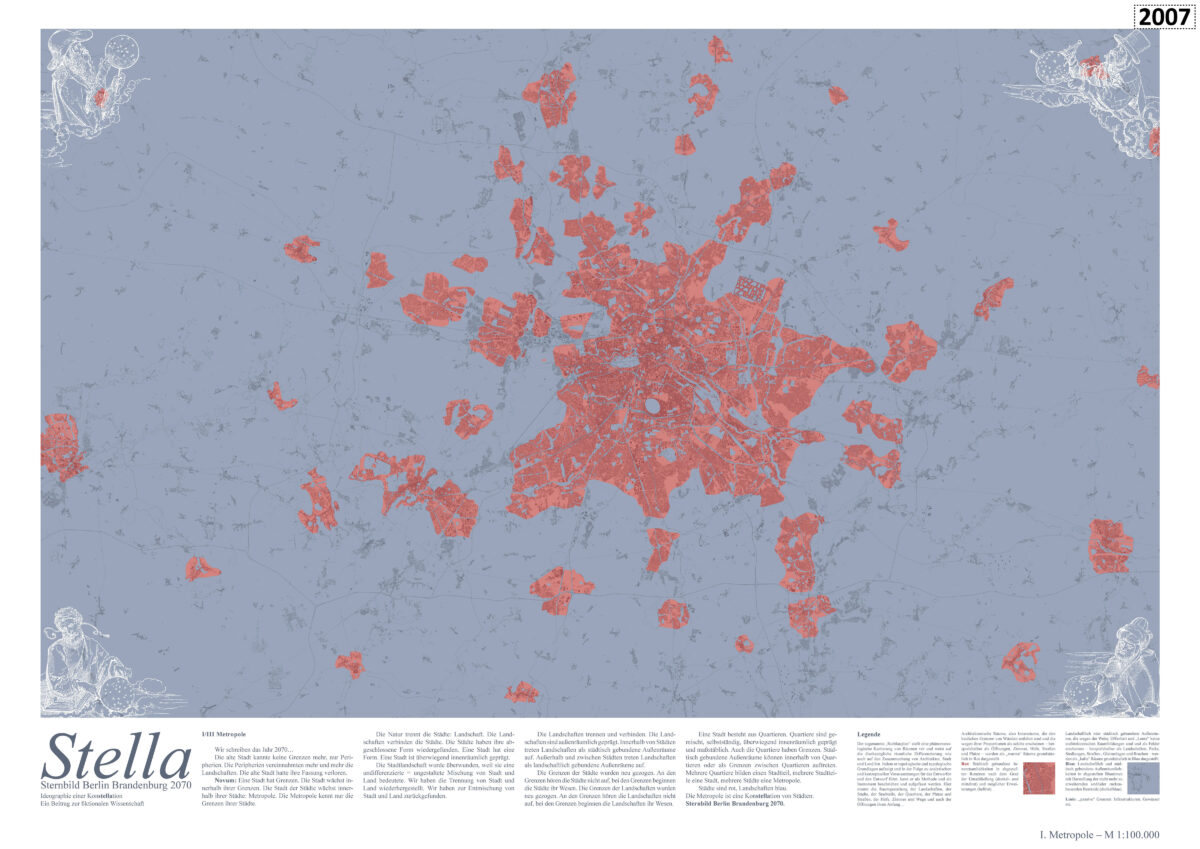 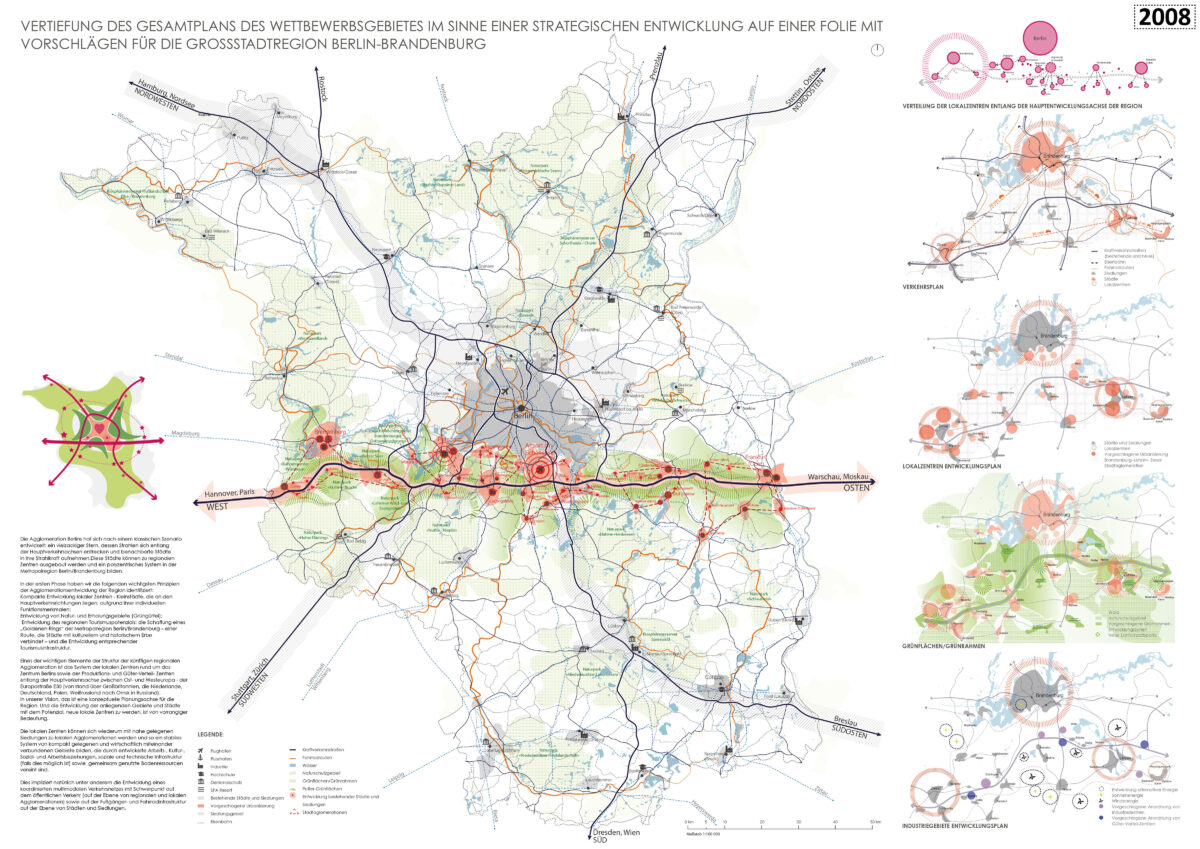 Further Development of the Region in the European Context 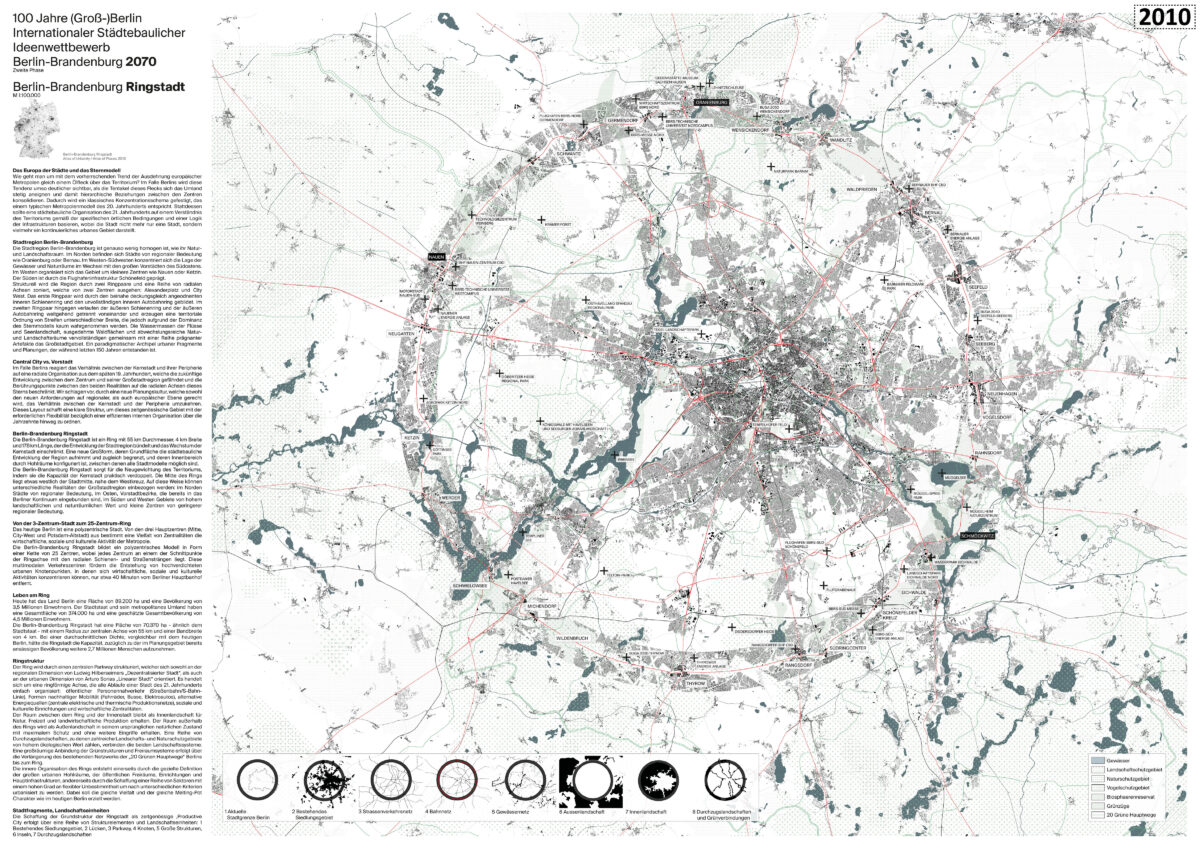 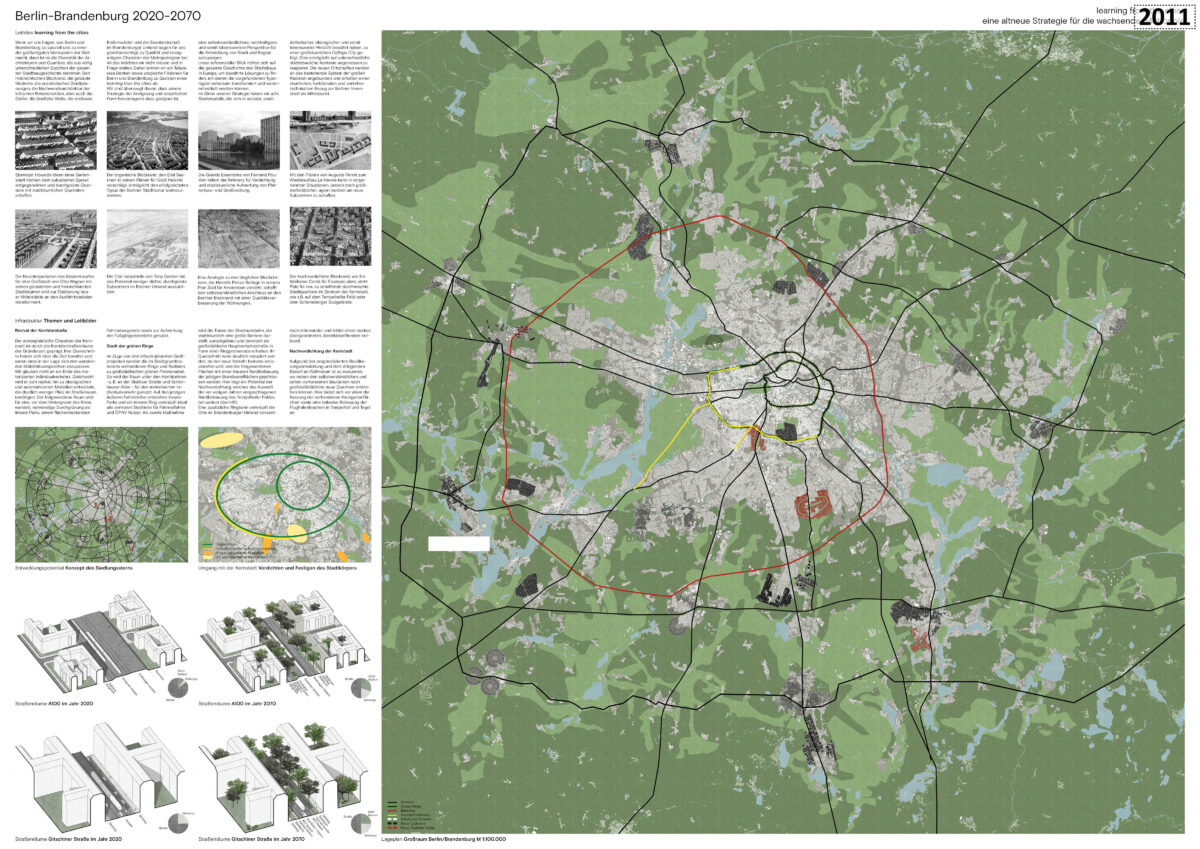 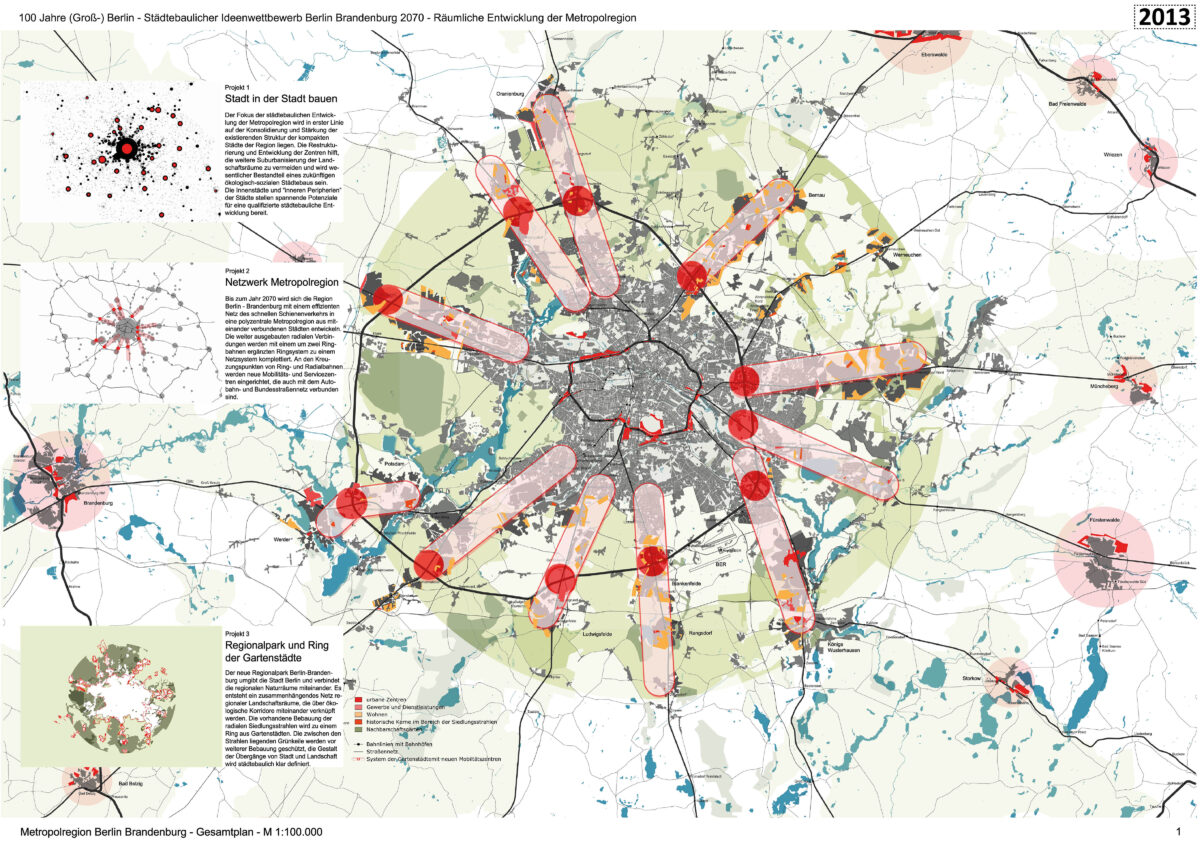 Urban development of the metropolitan region 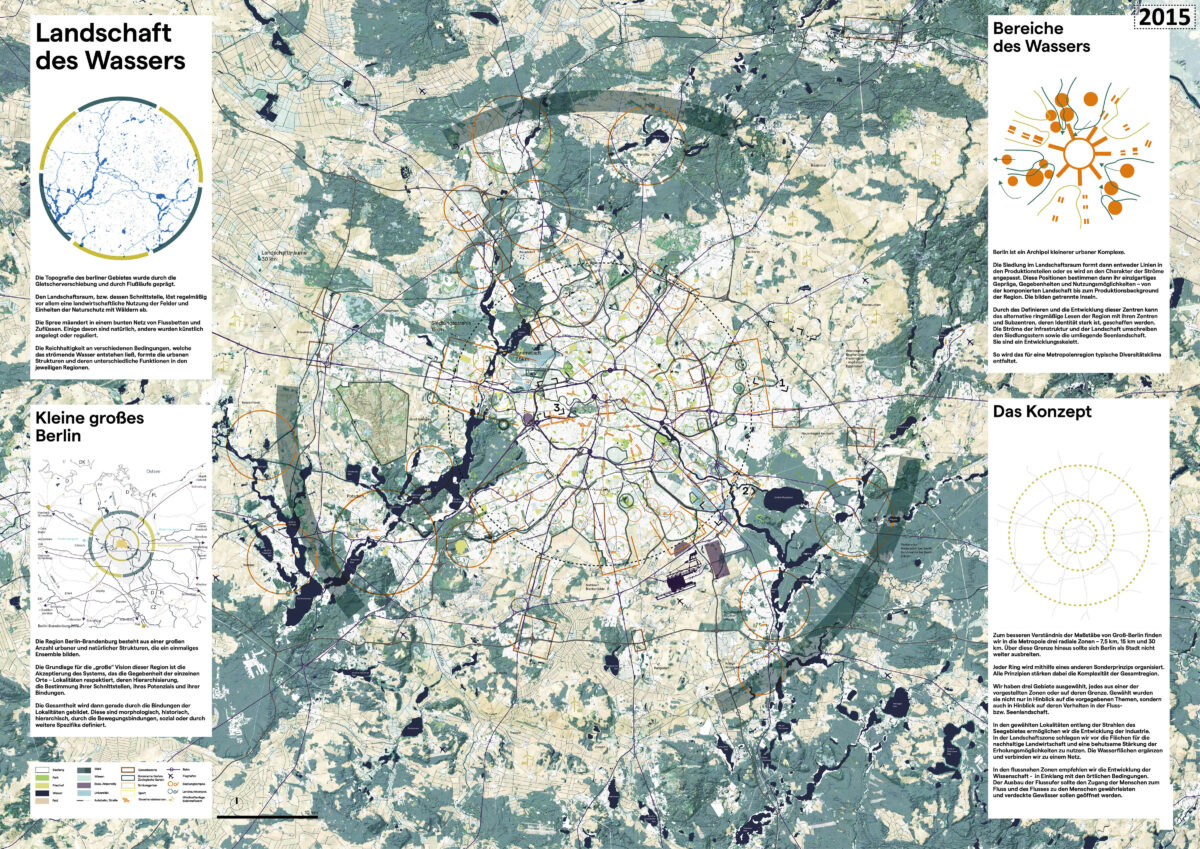 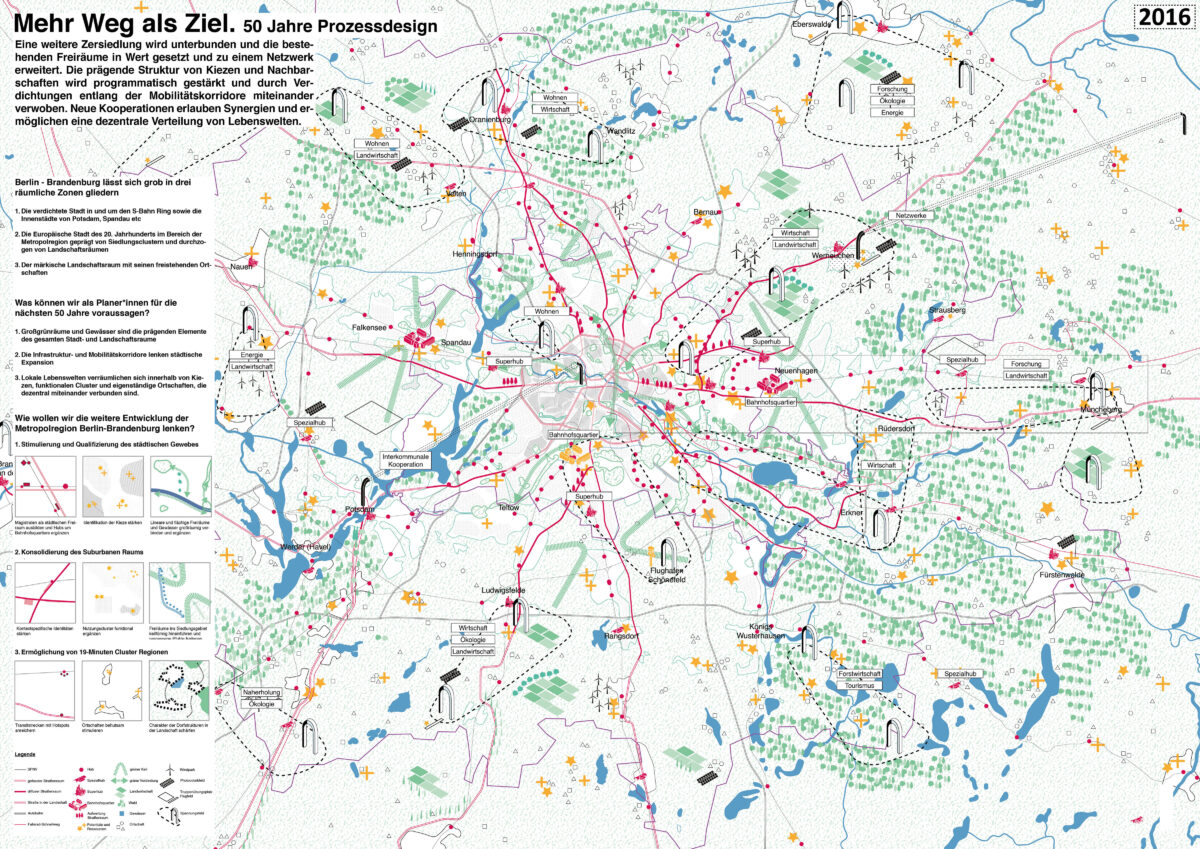 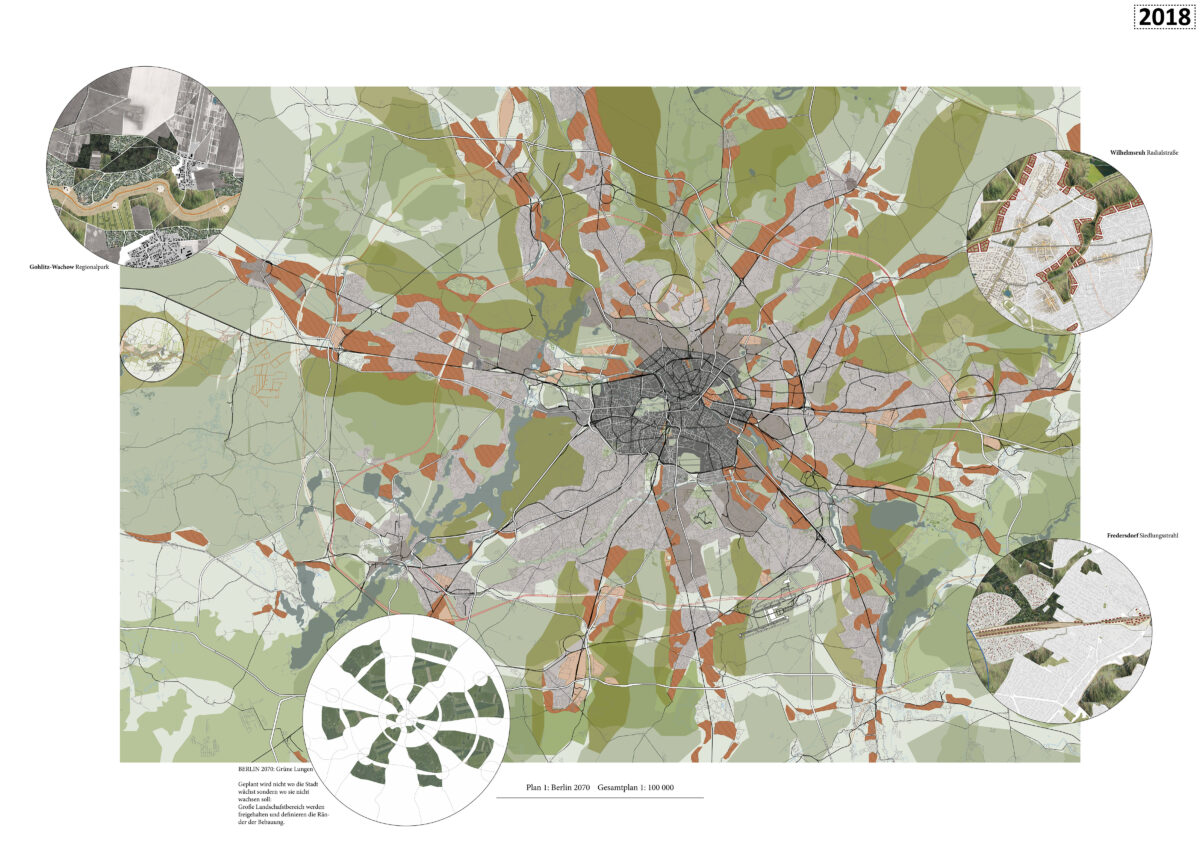 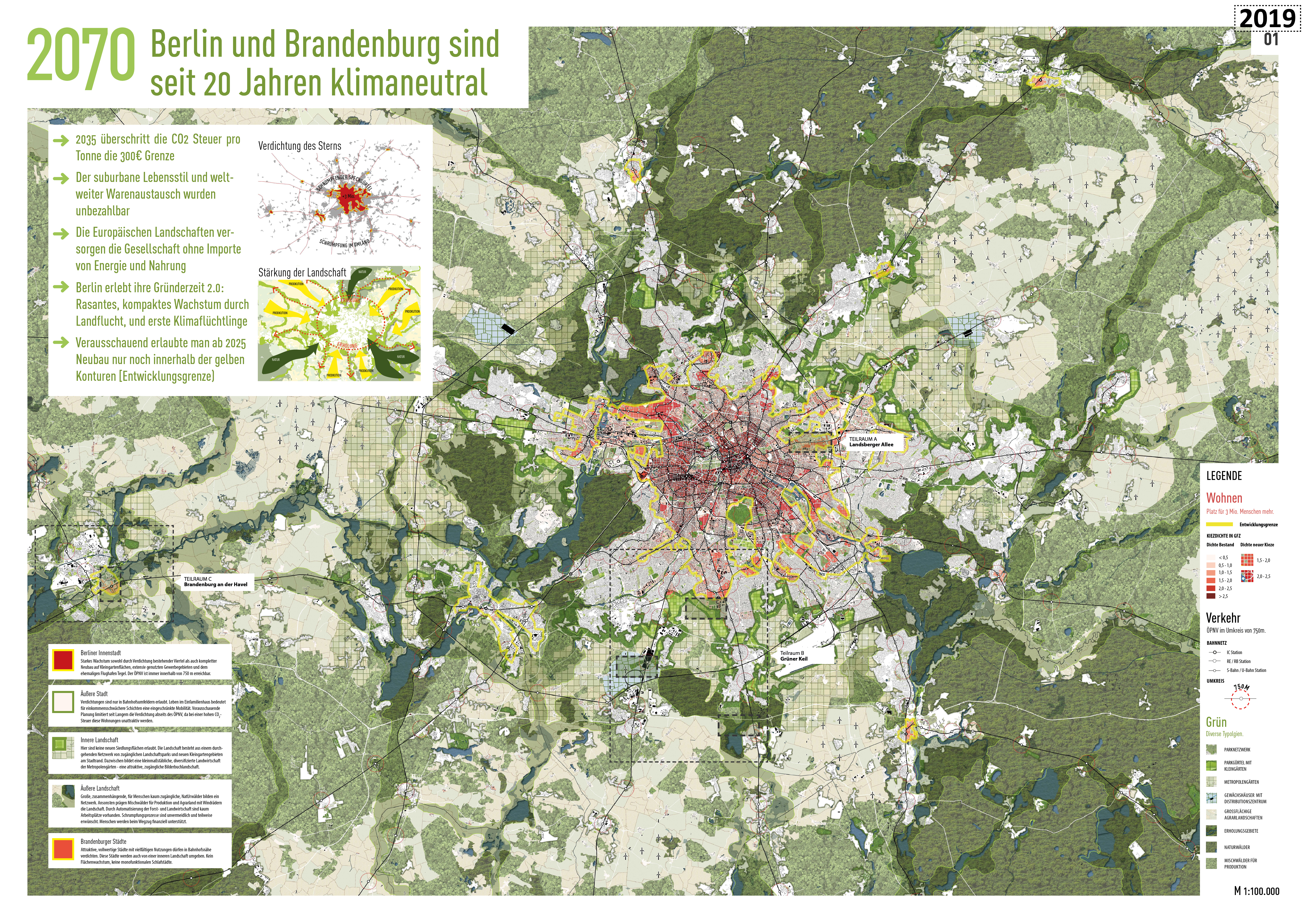 2070: Berlin and Brandenburg Have Been Climate Neutral for Twenty Years

First Phase of the Competition – All Entries

We offer guided tours in German!
If you are interested in a 90 minute tour of the exhibition, please visit:
book guided tour